There are many reasons to avoid eating food that contains Genetically Modified Organism (GMO) but the most important is to maintain good gut health.

Gut health plays an important role in overall health because more than 75 percent of your immune system resides in your digestive system. A healthy gut fights off toxins, allergens, and microbes, while absorbing the nutrients you need to stay well. Also, your gut and brain have neurotransmitters that send information back and forth. If the messages in either direction in the gut are altered or not received properly, your health can become compromised.

Your immune system cannot identify GMOs and when detected it sees a threat and initiates an inflammatory response. One of the most critical places where the inflammatory response occurs is in your gut. Your gut is the second brain of your body and if it is continually detecting these threats and sending out signals of inflammation it becomes a chronic condition. Chronic inflammation leads to diseases such as heart disease, autoimmune diseases, and gastrointestinal diseases.

In an effort to make it easier for farmers to control pests in these crops, genetic engineers created something called “BT Toxin.” They took a gene from a bacteria that grows naturally and engineered it into the corn and soy crops so the plants would fight off the insects themselves.  After ingestion, BT Toxin attacks the cells of the insect’s gut, essentially causing the insect’s stomach to explode. Both Monsanto (the company that created it) and the FDA assured the public that there was no risk to humans ingesting BT Toxin, claiming the digestive system would destroy the toxin. However, studies show the toxin has contributed to the rise in such diseases as leaky gut syndrome, inflammatory bowel disease, and even cancer1. Another study showed that the toxin breaks open pores in human cells, which may mirror what it does to the gut of insects.

The good news is that avoiding GMOs can be relatively easy—if you know what to look for.

How to Avoid GMO

Since GMO labeling doesn’t currently exist in the US it’s important to understand where your food comes from and to avoid processed foods. There are nine primary Genetically Engineered food crops, but their derivatives are in more than 70 percent of supermarket foods, particularly processed foods. The most prevalent genetically modified crops include canola, corn, papaya, soybeans, and sugar beets.

Here are some guidelines to keep in mind:

Since labeling on GMO products is not mandatory, your best chance of avoiding GMO foods is to pay attention to the origin of your food. Eating whole food, grown with safe practices, that’s not processed is so important for maintaining a healthy gut. This, in turn, will enable you to maintain good overall health as well. Remember: A healthy gut means a happy body! 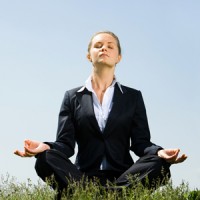